Today we welcome another voice to the Converge Coaching Blog… Jaime Hlavin. Jaime is a wife, mother to two young girls, and a good friend. Hope you enjoy her contribution ~ John

I grew up in an electrician’s home. With that came so much unwanted responsibility. There were so many challenges surrounding the life of the EK: folks expected me to keep my tool belt organized and to know the when an appliance ran on 110 or 220. The fact that I often didn’t have my voltage tester on me at any given point reflected very poorly on my father. There was a lot of pressure on me.

Okay…writing that paragraph made me laugh really hard.

But when I mentally switched out the profession and “expectations” in that paragraph to vocational ministry-related things, I felt my chest tighten a bit. As illustrated in the opening words of this article, very few children in today’s society are defined and assigned expectations by their parents’ vocational calling. However, the “Pastor’s Kid” faces some significant challenges in this area. As a ministry couple, my husband and I have chosen to establish boundaries and balance in our home to help offset those unrealistic expectations and pressures.

The key word here is balance. Generations of pastor’s kids, who themselves have chosen pastoral ministry as a vocation, have lamented that their parents dragged them to church every time the doors were open, made them sleep in the back pew, scrub the church toilets, watch their mothers quietly take on the burden of church slander and gossip about their fathers and THEREFORE, their children will not suffer the slings and arrows of outrageous pastoral ministry life… And thus the pendulum has swung. Ministry is “dad’s work.” Mom and children don’t have a stake in the game.

Recently, a man I respect greatly quoted on social media an excerpt from a book he read. This has resounded so strongly within me:

“God is not calling us to win the world and, in the process, lose our families.  But I have known those who so enshrined family life and were so protective of ‘quality time’ that the children never saw in their parents the kind of consuming love that made their parents’ faith attractive to them. Some have lost their children, not because they weren’t at their soccer games or didn’t take family vacations, but because they never transmitted a loyalty to Jesus that went deep enough to interrupt personal preferences.” – David Shibley (The Missions Addiction)

This is the cry of my heart and the goal of our pastoral ministry home.  I don’t believe it has to be all or nothing when it comes to raising balanced children in the pastor’s home. While we work very hard to exhibit love for the Church, compassion for the lost and sacrifice for the cause, we have implemented methods of balance.

They are going to feel weird enough trying to explain to their friends what Dad and Mom do for a living. So don’t make Christianity look really weird on your kids. While I wasn’t raised in a pastor’s home, I remember one particularly weird incident. The Halloween after my mother got saved, she refused to let my brother and I dress up for our class parties. We whined, cried and complained, and in her very new faith, she relented. She offered a “reasonable” compromise. We went to school dressed as Mary and Joseph. I was three grades ahead of my brother in school. Our costumes were ridiculous and out of context. We felt more foolish explaining what we were dressed as than we would have had we not gone dressed up in the first place. Yes, we are called to be different – but different doesn’t have to mean weird.

This is a continual struggle. There will be many schedule conflicts. We’ve often employed the “divide and conquer” but we don’t always have that luxury. So, here’s a secret: we skip stuff and we don’t feel guilty. My husband has skipped men’s ministry breakfasts at church to attend our daughter’s basketball games.  The girls skipped a “Game & Gizmo Night” at school that they really wanted to attend because it was scheduled on a Wednesday night. We’re equal opportunists when it comes to skipping. We skip school/other stuff because of church. We skip church stuff because of school-related or extracurricular activities. We are very careful not to foster a mentality that “church stuff always trumps school stuff” or vice versa.

Your kids are not going to like you for a stretch during the teen years – it’s inevitable. Don’t give them any more ammunition than they’ll already have. They will not be able to use the  “you’re-a –hypocrite- who- says-one-thing-from-the-pulpit-and-acts- another- way- at- home” statement on you if you apologize when you’re wrong. EVERY. SINGLE. TIME.

Don’t let them play the PK card with church members

A few years ago, my oldest daughter threatened to have her dad “fire” one of the children’s ministry team volunteers because the woman didn’t use the correct adhesive to put a poster on a wall. We made our daughter apologize to the woman. Why? Well, first, she was out of line.  But what we really wanted to teach her was that playing that card now can cause problems for her later. For example, if as a teenager, let’s say she confides in a youth worker about a sin she’s struggling with and the worker responds with, “Well, you’re the pastor’s kid…that shouldn’t be an issue.” She can, with a clear conscience know that while she may be the pastor’s kid, she’s still only human and capable of sin without ever having held  the “PK card” over someone else’s head in an immature attempt to get her own way.

Don’t require them to be something they’re not

Just because you merited in Fine Arts in high school doesn’t mean they have to. Just because you’re an extrovert doesn’t mean that her introversion reflects poorly on you as a pastor. We drag that kid to more funeral homes than most people have been to in a lifetime, so we don’t expect our 7 year-old to be the picture of poise and manners to grieving strangers in front of the casket of a person they’ve never met.

My kids’ lives have been used as sermon illustrations for years. (They are now of the age where my husband asks for their permission before sharing a story – we owe them that right of privacy.) Therefore, people in our church of approximately 500 know a lot about them. My kids don’t know everyone in the church. But many people attempt to talk to my girls as if they are lifelong friends. The girls are allowed to smile politely and answer in one or two word sentences like they would any stranger without fear of receiving reprimand from us. We don’t force them to interact at a level they are not comfortable.

Don’t overexpose them to “behind the curtain drama.”

So there’s a conflict at church and you’re really hurting. The kids don’t need to hear about it. Because if and when the conflict is resolved, forgiveness has been extended and all parties move on, your kids are left managing adult emotions that they aren’t equipped to handle.  It isn’t their burden to bear. While they are young, shelter them from as much pain and heartache as possible so that church remains a safe place. Keep in mind that they hear and pick up on way more than you realize – even when you think you’re being quiet and secretive. And what they don’t hear in the actual conversation, they will fill in the missing pieces with their imaginations. So be cognizant and careful.

Most importantly, show your children that you love God and love people

It is my prayer, that we, as vocational ministers, raise a generation of children that love God, love people and still love the Church (big C and little C.) Right now, my kids’ biggest complaint about being PKs (I asked them when I began writing this) is that they have to attend too many funeral home visitations. Here’s to hoping that’s all they’ll ever complain about… 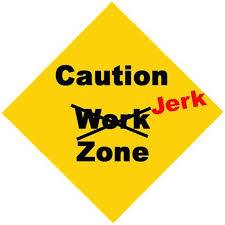