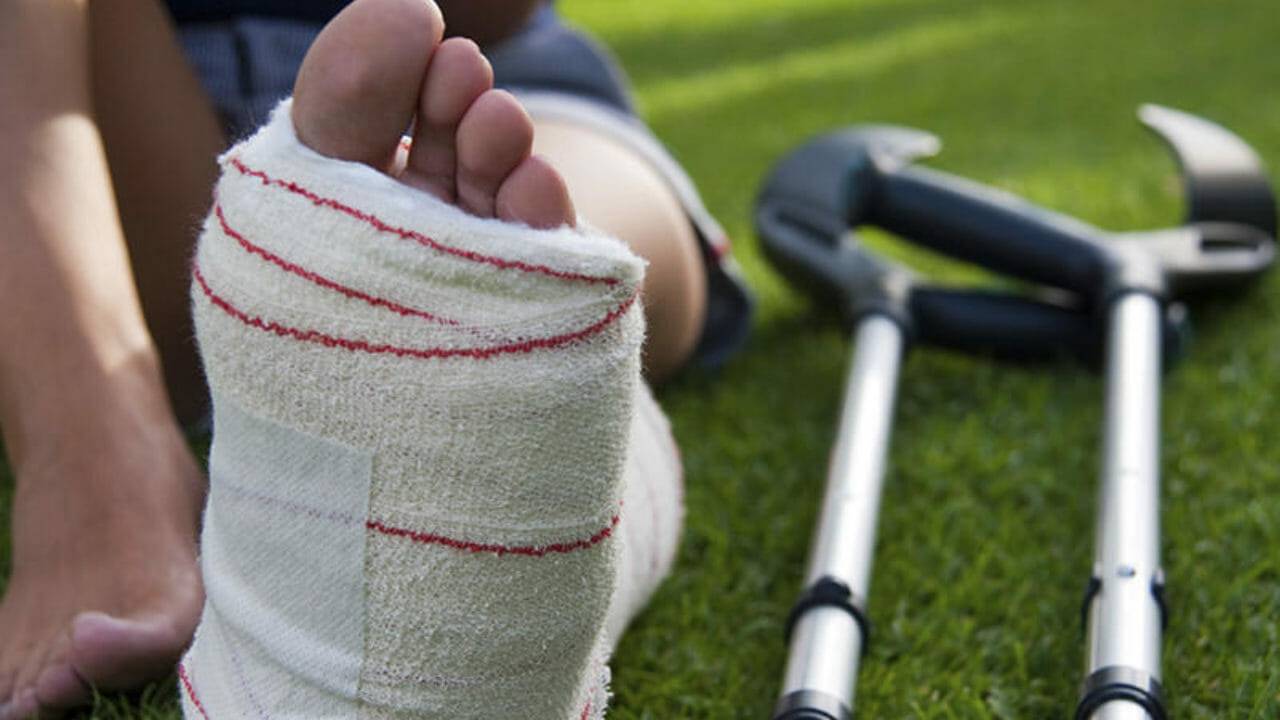 Perhaps you’re thinking, “Hmm, Leg Breakers . . . what kind of title is that for a blog?”

A few weeks ago, I was reading the Gospel of John, chapter 19, and in verse 31 came across words I’ve read probably a hundred times before, but for some reason they jumped out at me this time: “Now it was the Day of Preparation, and the next day was to be a special Sabbath. Because the Jews did not want the bodies left on the crosses during the Sabbath, they asked Pilate to have the legs broken and the bodies taken down.”

Breaking the legs of those crucified would speed up the asphyxiation process. Great guys, these religious leaders were, huh?

The irony of their thought process struck me: “We want to honor this special holy day . . . so let’s break some legs!” And as I parked there for a moment to think about what I just read, it dawned on me: Pharisees are people who when you’re gasping for air, want to finish you off.

All of a sudden, well-known behavioral traits of the Pharisees started flooding my mind that morning:

Pharisees don’t lend a helping hand when you’re down, they see it as an opportunity to take you out

They were opportunists to the nth degree. Jesus’ popularity threatened the power structure of these ambitious leaders. Ambition can be a good thing if properly motivated, like the normal striving to reach a noble goal. The Pharisees’ ambition was driven by greed and a lust for power and control. When people are drowning and need a lifeline, Pharisees toss them a cement block.

How many times in the gospels do we read about these power-grabbing religious leaders trying to trap Jesus in His words? They would ask him gotcha questions—not because they cared about the truth—but because they were insanely jealous of Him and His popularity. Perhaps they were so blinded by their hatred of Him, they thought their duplicitous actions were in actuality serving God’s purposes. Nothing could have been further from the truth.

Pharisees use fear & intimidation to control the playing field

In the gospel of John, chapter 9, we read about Jesus healing a man who was born blind. Jesus performed this spectacular miracle on the Sabbath. The Pharisees had hijacked the Sabbath, which God intended to be a blessing for man, and turned it into a day of ridiculous rules that sucked the life out of what was supposed to be a weekly gift from God. One of those stupid rules was, “healing someone on the Sabbath is work, and therefore forbidden.”

Oh the hubris of these legalistic knuckleheads! Jesus healing this man on the Sabbath upset their apple cart. Their response was to throw this poor guy out of the synagogue. To make his life difficult. They feared losing control, and weren’t about to let this man’s miracle undo the suffocating grip they exercised over people.

Pharisees create an atmosphere of mistrust

People were afraid to speak their mind because they didn’t want to get on the wrong side of these religious leaders. For example, a Pharisee named Nicodemus came to Jesus at night due to fear of what his peers would do if they found out about his visit with the Master. Joseph of Arimathea was a closet disciple of Jesus, because he wasn’t sure what the Pharisees would do to him if his secret got out.

I wonder . . . does this particularly nasty trait of a Pharisee still rears its ugly head today? I think you know the answer.

Pharisees major on minors, and minor on majors

Jesus scolded these religious leaders about their uncanny ability to strain out a gnat and swallow a camel. No matter how big the miracle, no matter how much integrity Jesus displayed, they looked for anything they could pounce on and blow out of proportion. They even made stuff up about Jesus. Once again in the case of the man born blind who Jesus healed, they didn’t care that he could see for the first time in his life. They were upset because their man-made rule was ignored.

It’s easy to read about the Pharisees misbehavior and call them out. It’s not as easy to spot Pharisaical behavior or attitudes in ourselves. The longer we operate in any of the five ways described above, the greater our deception grows. We begin to believe we’re the sole arbiter of truth, the final judge of people’s intentions. And if we’re not careful, this kind of behavior can cause our heart to harden to the degree where it’s impossible to possess faith. Jesus said about the Pharisees in John 12:39, “For this reason they could not believe…” It’s scary to think we can arrive at a place where our heart gets so hard we can no longer believe.

No wonder Jesus often warned his disciples about these leg-breakers. Don’t believe what they say or even do in public. Because behind closed doors, their private persona was much different than their fake public persona. They were conniving murderers, who were so deceived that they thought by taking Jesus out they were doing God’s work.

Not one of us reading this post (including its author) is immune from the devious allure of being a leg-breaker. When we view someone as a threat to us and our ambitions, and we see them facing a big challenge, do we root for their failure? Do we pile on in an attempt to finish them off? If so, be careful—the seeds of leg-breaking are taking root. When a peer gets recognized and you don’t, or gets the promotion that you wanted, do you start bad-mouthing him or her in your mind, or talk negatively about them behind their back? Take caution—you’re moving into leg-breaking territory.

You may be protesting, “Oh, but my situation is different than those situations in the Gospels.” Is it? Or are you lying to yourself? We Christians tend to lampoon the Pharisees because of their boorish, mean-spirited, despicable behavior. Perhaps every one of us needs to take a long, serious, reflective look in the mirror and ask God to show us what’s going on in our own hearts. Are the seeds of Pharisaical thought and speech and behavior germinating? Or God forbid, are they in full bloom?

“Search me O God, and know my heart; test me and know my anxious thoughts. See if there is any offensive way in me, and lead me in the way everlasting.” Psalm 139:23-24