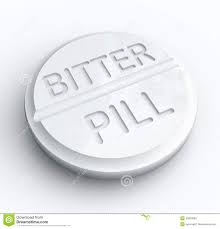 In 1989 Don Henley released a hit single entitled: The Heart of the Matter. Some insightful lyrics in this song are:

“There are people in your life who’ve come and gone
They let you down and hurt your pride
Better put it all behind you; life goes on
You keep carryin’ that anger, it’ll eat up you inside

I’ve been tryin’ to get down to the Heart of the Matter
But my will gets weak
And my thoughts seem to scatter
But I think it’s about, forgiveness…”

One of the hardest things to do is to forgive a person who has deeply wounded you. Forgiveness is not usually the first thing on our mind when we’ve been hurt. We’re more likely to nurse a grudge or plot our revenge. We often swallow the bitter pill.

I’ve been a Christian for 41+ years. God by His grace has freed me from many negative behaviors during those years. But I still struggle occasionally with bitterness. When harmful words are spoken, or hurtful behaviors committed, I tend to internalize anger. If I don’t get in front of this default response quickly, the bitter pill lodges itself in my heart and begins to spread its poison.

You’ve seen the commercial of an egg in a frying pan followed by the caption: “This is your brain on drugs.” Our brains on the hotplate of bitterness don’t do much better.

Does bitterness trip you up periodically too? If yes… what can you and I do about it? How do we avoid ingesting the bitter pill? Don Henley had the right idea—forgiveness. But forgiveness is easier to say than do. Here are some ideas that may make it easier for us to forgive. Not an exhaustive list—but hopefully some thought starters:

Be aware that forgiveness doesn’t marginalize our pain

Forgiveness isn’t denial, nor a minimizing of our pain. It simply moves us toward healing.  Now… most offenses that happen to us… we need to get over quickly. A driver cuts you off on the freeway, or a store clerk treats you rudely. Let minor violations such as these roll off your back and simply move on. Refuse to be easily offended.

But some wounds cut deep. King David wrote: “If an enemy were insulting me, I could endure it; if a foe were raising himself against me, I could hide from him. But it is you, a man like myself, my companion, my close friend, with whom I once enjoyed sweet fellowship as we walked with the throng at the house of God” (Psalm 55:12-14).  When the wound is deep, real forgiveness is probably not possible without acknowledging the pain you feel about it. Simply saying “Wow that hurt” is a positive step toward rejecting the bitter pill.

Be committed to the process

Forgiveness isn’t always instantaneous. Jesus commands us to forgive—but occasionally we have to work through a process in order to release our offender. And depending on the severity of the wound, the process takes commensurate time.

If you have been betrayed by a close friend, or stabbed in the back by a family member, you’ll need time just to figure out which way is up. You’ll probably also have to reach out to qualified people who can help you work through your pain. Asking God to assist is effective as well.

Resentment and bitterness imprison us in our pain. Forgiveness propels us toward healing. If the wound inflicted on you was severe, it will take time and effort to forgive . . . but ultimately, releasing your offender frees you.

You may be thinking, “John you don’t know what that person did to me!” You’re right—I don’t. But an unwillingness to forgive keeps you chained to the person who hurt you. Bitterness, left unchecked, destroys our physical and emotional health, our spirit, and our relationships. A grudge always hurts you more than it hurts the person who violated you.

Here’s the good news: the Holy Spirit stands ready to assist us. To help us learn a healthier way to respond to the inevitable wounds that come with living in a fallen world. If we walk close to Him, and reach out to Him, He gives us the strength we need to stop swallowing the bitter pill.

P.S. – For a more exhaustive treatment of this subject, check out my new book: Unshakable You: 5 Choices of Emotionally Healthy People.  You can find it at convergecoach.com/shop 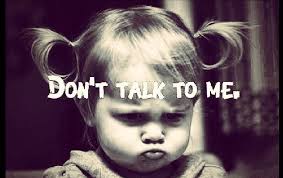 When Your Plans Blow Up

When Your Plans Blow Up