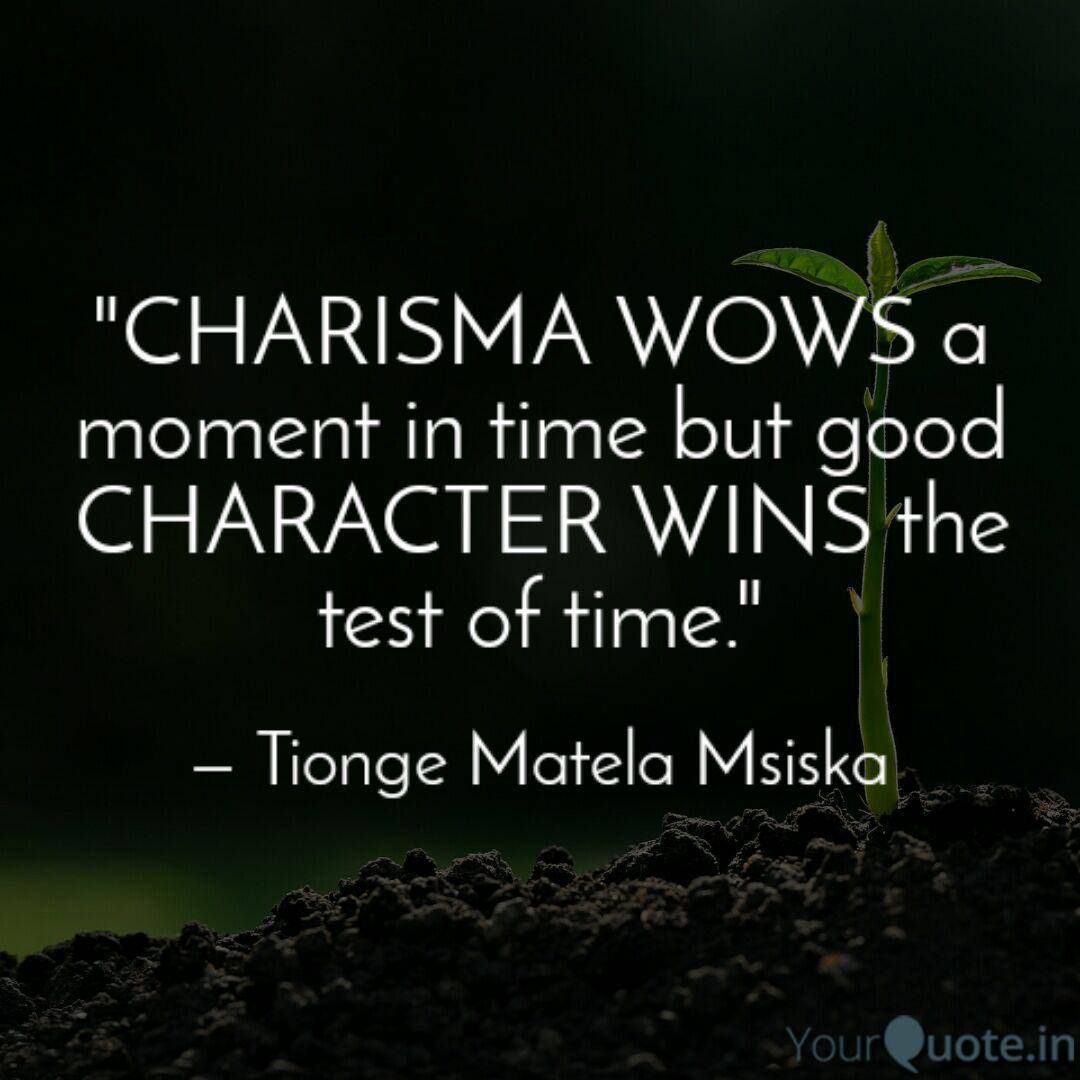 Have you ever noticed that our culture attaches itself to charismatic personalities like seagulls on a bag of French fries?

Our national obsession with charisma has a long history. Recently I was thinking back to the 1980s (yes I’m aging). Ronald Reagan, Lech Walesa (founder of the Soviet Union’s first independent trade union), and Mikhail Gorbachev were a few of the charismatic political leaders in the 80’s. You may not agree with everything these men stood for, but each one of them possessed charisma. People followed them.

The 1980s also saw the rise of several well-known television evangelists. Each of these men possessed immense talent, a broad, loyal following—and charisma. Unfortunately, lapses in character brought some of them tumbling down.

The 80’s ushered in the era of punk rock music. Punk rockers had charisma, but character? Um, not so much.

A friend told me once: “Character will take you farther than charisma.” Now . . . charisma and character are not mutually exclusive. A person can possess both. Charisma is great to have, but underdeveloped character almost always torpedoes charisma. Samson was one of the most magnetic figures in the Old Testament. But his immaturity eventually destroyed him.

It can be so challenging as a leader to remember that character doesn’t develop on the front stage of our lives. It’s developed through backstage habits and choices. Here’s a few of those habits/choices:

Tapping into the power of routine

The most accomplished leaders I know practice great routines. They get out of bed early. They spend focused time with God every day, understanding alone-time with God is where character is primarily forged. They routinely show up to work . . . even when their emotions are screaming at them not to. They approach every week with a work plan that maps to their long-term goals, again whether they feel like it or not. Diligence, consistency, and an iron will are their trademarks. Charisma can be fleeting. Healthy routines keep us grounded, steady, and growing character-wise.

You might be wondering, “what does character have to do with targeting right priorities?” Often the right priorities for the leader are the ones that require the most energy. The most time. The right priorities usually are not easy to accomplish. Well-developed character helps us focus relentlessly on our most important priorities, and helps us to say no or “I”ll get to you later” to lesser priorities. Jesus was the most focused individual of all time. He said: “I only do what I see My Father doing, and I only say what I hear My Father saying.” Wow. Could it be any simpler? The habit of focusing on the highest priorities develops character.

Tenaciously putting in the hard work

The most character-filled people I know have figured out how to put in the hard work necessary to succeed without becoming a workaholic. They manage the tension between diligently working and trusting God for the results. They work hard. They rest hard. They’ve figured out how to trust that God is still at work when they take a day off each week.

Character doesn’t have the allure of charisma, at least on the surface. But most successful leaders will tell you it’s well-developed character that allows them to achieve long-term, sustainable results . . . not their charismatic personality.

According to Jim Collins, the most successful CEOs in the world build enduring greatness not through their charming personality, but through a blend of personal humility and professional will.

Charisma is great. I’m not knocking it. But character is greater. It’s exhausting to lead by charisma alone. It’s unsustainable. If you possess great personal charisma, treat it as a gift . . . but don’t squander that gift by accepting underdeveloped character as your personal norm. If you don’t possess charisma, don’t sweat it. Work on your character. It will take you farther than charisma.

I wonder: what would happen if well-developed character became our new national obsession? While we wait for that, let’s purpose to make it our own personal obsession. 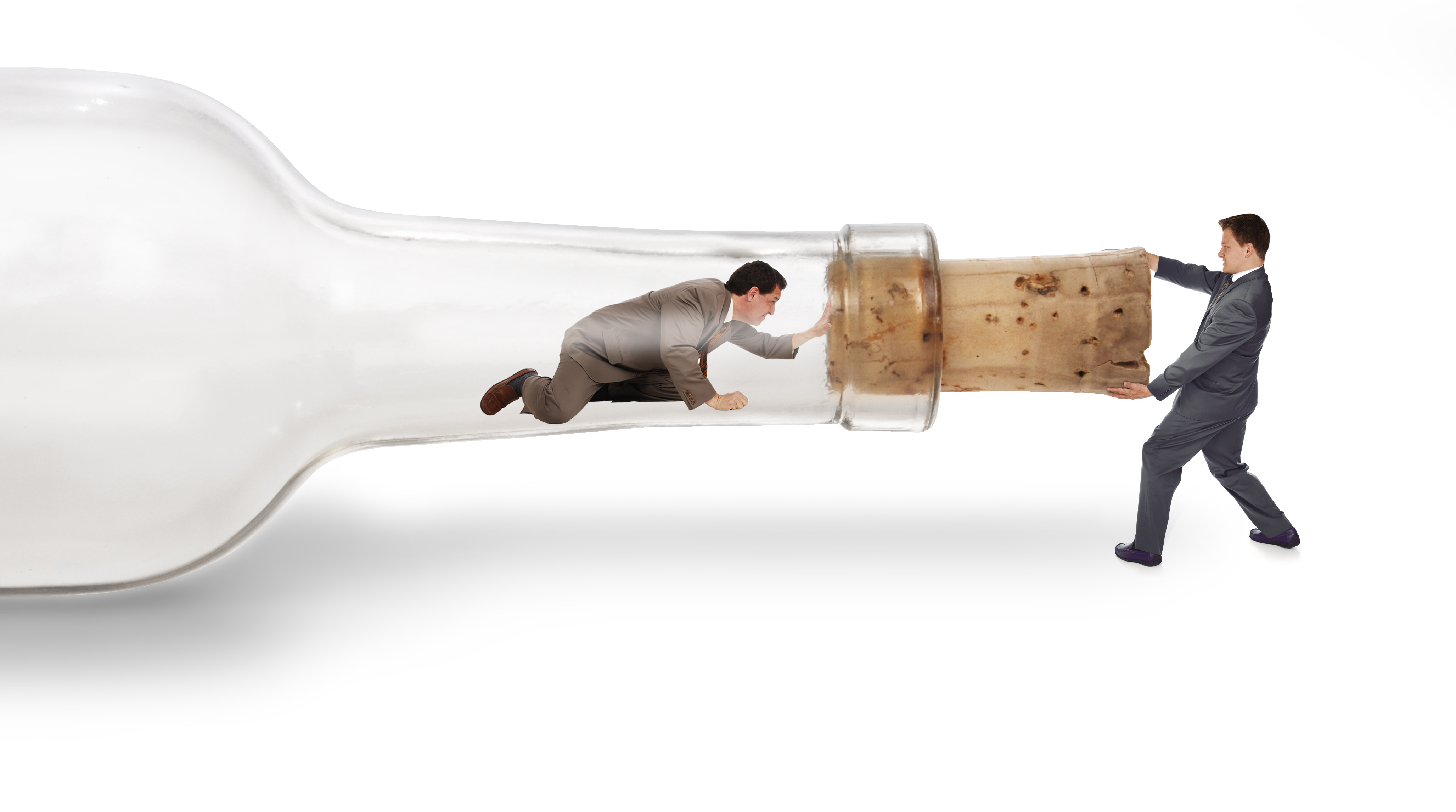 3 WAYS TO UNCORK BOTTLENECKS IN THE ORGANIZATION YOU LEAD

3 WAYS TO UNCORK BOTTLENECKS IN THE ORGANIZATION YOU LEAD