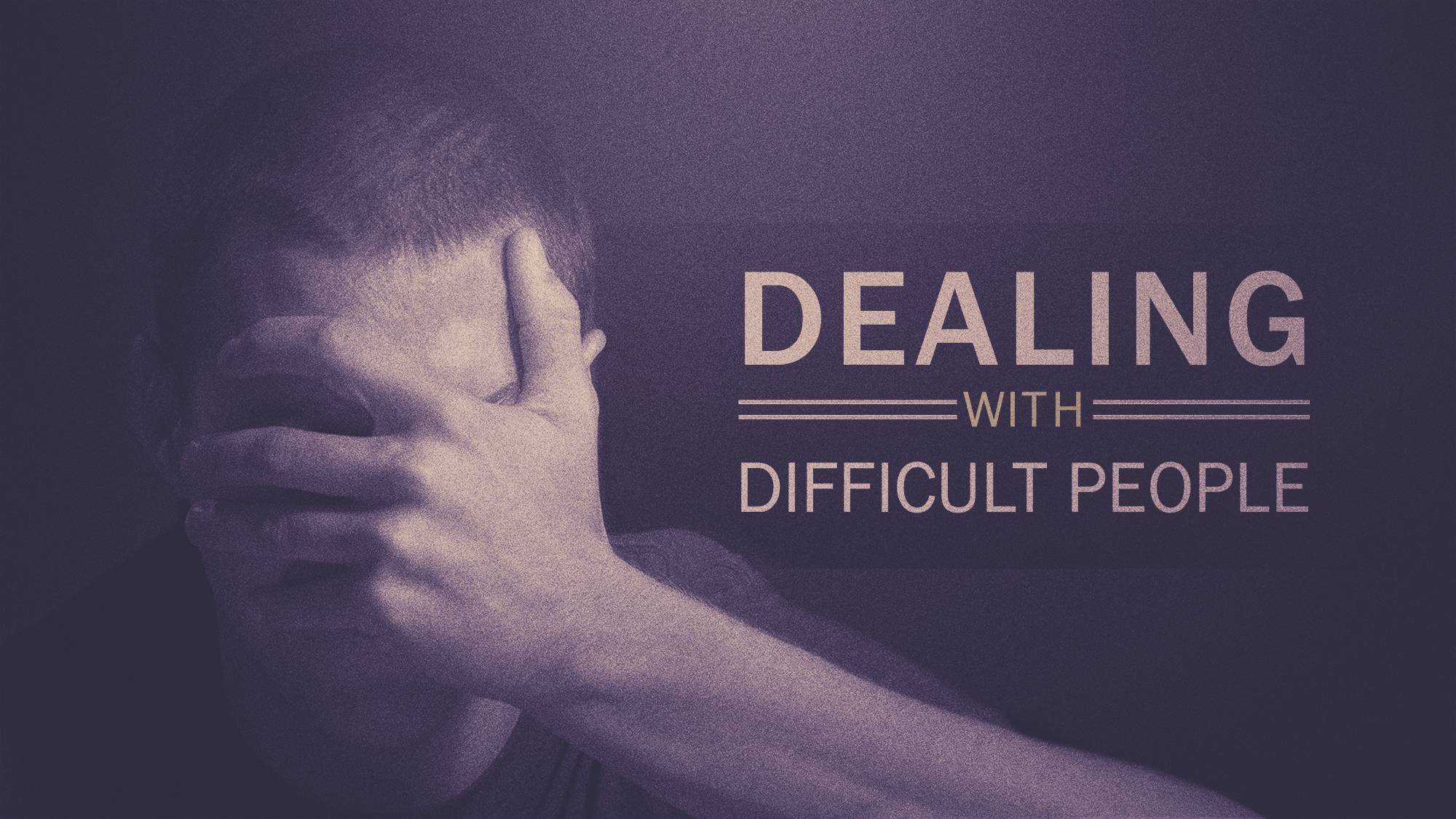 Not all people who go to church are difficult. The vast majority are not. But the few who are can make life miserable for a leader.

I graduated from Oral Roberts University a starry-eyed 22-year old who was going to change the world for Jesus. No matter where God planted me and Laura, we were going to set records for Him. We would love people, and they would love us. It didn’t take long for reality to shatter my rose-colored-glasses view of ministry. Six months into my first youth pastor role, I discovered that difficult people attended the church I served.

As great as the ORU education was, it didn’t prepare me to handle the vocal minority of churchgoers who had a nasty streak. So, when the verbal abusers, divisive members, and boundary-crashers behaved badly, I had no strategy to deal with it—except to absorb their misbehavior. I got angry when it happened, but since I was a Christian and a pastor, submerged those angry feelings were (Yoda-voice). Out of ignorance I absorbed abuse from difficult people rather than addressing it.

Here’s what I didn’t know during the early stages of ministry: pastors who intend on leading for the long-haul need steel in their spine. And that includes periodically dealing directly, honestly, and lovingly with difficult people. It occasionally requires making tough calls.

Here’s an example of a tough call found in the apostle Paul’s letter to a pastor named Titus. “Warn a divisive person once, and then warn him a second time. After that, have nothing to do with him. You may be sure that such a man is warped and sinful; he is self-condemned.” Titus 3:10-11 (NIV).

I wonder how church life would change if we followed Paul’s process?

Every church I’ve attended, led, or consulted with has been populated with a few difficult people. Kent Crockett writes: “In most churches, the people who attack the pastor comprise only four percent of the congregation. They may be elders, deacons, or disloyal staff members who work behind the scenes to undermine a pastor’s ministry through slander and false accusation.”

For a pastor, tough calls with people who behave badly require a great deal of thought, prayer, wisdom, and humility. Paul was not advising Titus to adopt an “off with their heads” approach the first time a divisive person spread their poison. He pointed out the mistake of swinging to the other extreme—putting up with or ignoring divisive behavior for too long. When pastors avoid these kinds of confrontations, they suffer, their church suffers, and so does the divisive person. Everybody loses.

Some pastors object: “But isn’t the confrontational approach unloving?” Nope. One of the kindest and most biblically sound things a pastor can do for a difficult person in their church is to tell them truth, wrapped with huge amounts love. Let’s face it: most leaders hate these kinds of conversations. They sap time, energy, and often times, sleep. Dealing with the vocal four percent is one of the most difficult challenges leaders face. And for some pastors, they don’t face it . . . they avoid it.

Dodging tough calls is not loving.  Allowing difficult people to have their way with you and your church is not leadership.

Paul placed limits on the number of appeals he offered to people trying to divide the church. They got two chances.  After that, he counseled Titus to stop wasting time and energy on a person who by Paul’s definition was “warped and sinful.” Unfortunately, someone who operates at that level usually has no intention of changing.

So when it comes to difficult people trying to divide your church: two warnings, and no more. Remember, you have other people in your congregation who are on board with you. Invest your time and energy with them instead. How much better would church life (and your life) be if you learned how to make tough calls regarding dividers?

Pastor, in addition to dealing with dividers, there are many other difficult situations you’ll have to work through: hiring/firing of staff; being honest with a leader who is miscast in their role; challenging a team member who is underperforming, or sitting down for a heart-to-heart chat with a person who has a serious attitudinal issue that’s spreading like cancer.

Nobody said leading was easy. And if they did, they were lying to you.

Some pastors have never been taught/shown how to deal with difficult people. Others don’t realize they can or should.  But for the health of all involved parties—you, your church, and the difficult individual—please understand making tough calls is part of your pastoral assignment.

If you struggle with difficult people, educate yourself with relevant books on this subject. Find a mentor or a coach who can walk alongside as you learn healthier ways of responding.  Converge Coaching mentors serve as guides who help you get aligned, reach your potential and win your race. You can find out more about our mentoring here 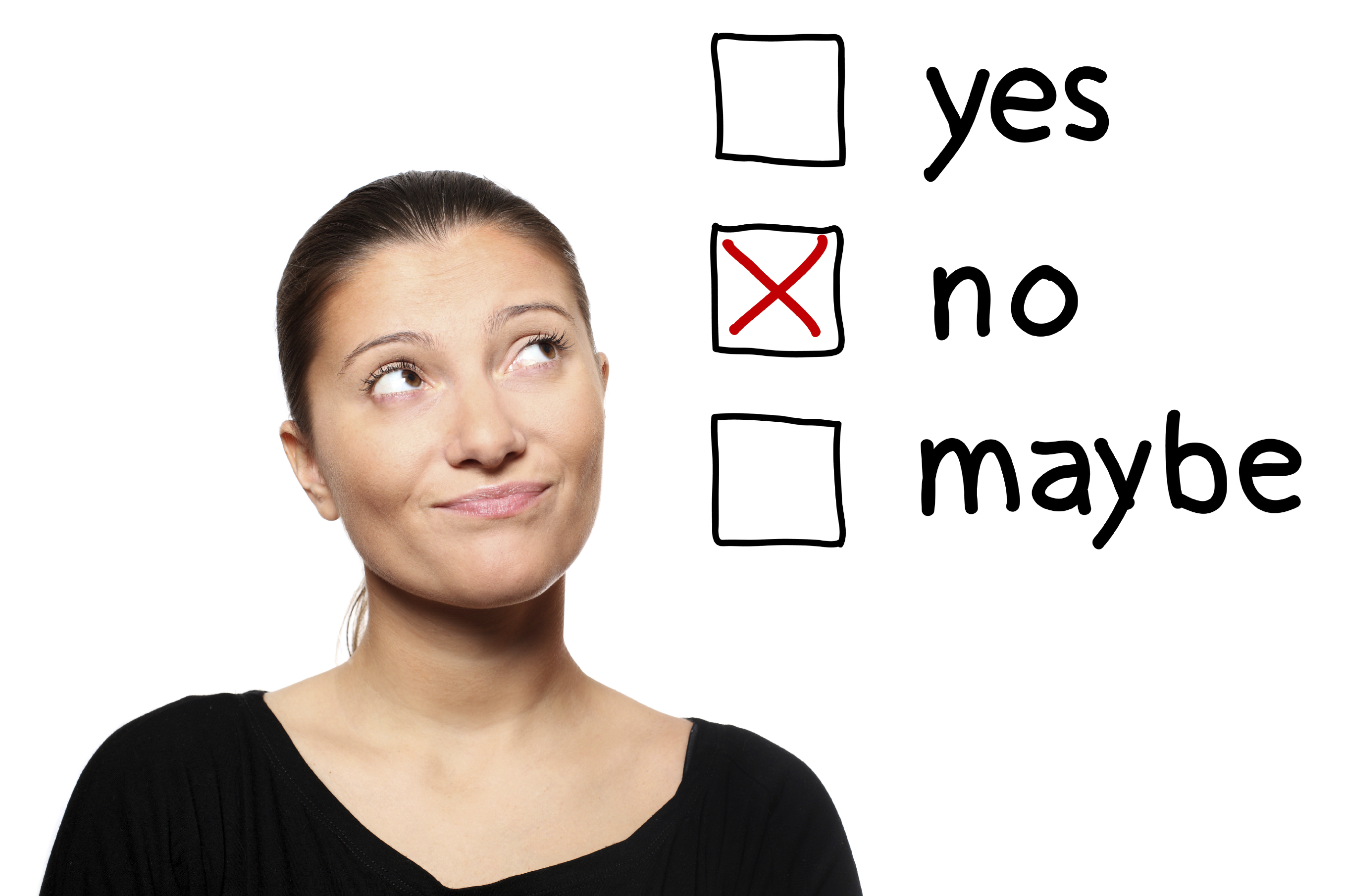 THE POWER OF “NO”

THE POWER OF “NO”