Two days ago I posted this on FB: “It should deeply trouble us that more than 50% of pastors leave the ministry within their first five years.” One of my pastor friends replied to the post: “What’s the top 5-8 reasons? What 1-2 insights (advice) would you give to pastors? To parishioners?” I sent back a laundry list of reasons/insights… and I thought to myself: “Why not blog about this stuff?”

So, over the next several weeks I’ll try to address the key contributors to pastoral attrition, what pastors can do to stop the bleeding, and which parishioner behaviors lend to pastors’ longevity.

I used to work for a technology company. On most days, I disconnected from that job the second my foot hit the office building’s sidewalk. I learned to build the Great Wall of China between work and my personal life.

Disconnecting is not as clear-cut for a minister. When I was a pastor—especially during my years as a lead—separating from work proved difficult. The pressure of pastoral responsibility was always there. The inability to disconnect can wear down even the finest leader.

The devil is an opportunist who understands if he takes out a leader, he will devastate and demoralize a significant number of that leader’s followers. Jesus said in Mark 14:27: “It is written: strike the shepherd, and the sheep will be scattered.” The devil understands this principle. So apparently he concentrates a high percentage of his attacks on leadership. The wear and tear of sustained enemy aggression is real and almost always underestimated.

Society’s growing dysfunction has flooded into the Church. The complexity, variety, and sheer number of problems pastors deal with are on the rise. The lack of spiritual foundation and training un-churched people bring with them into church taxes a leader’s limited time and resources. These realities place tremendous strain on a pastor’s schedule and energy.

$$$$$$
Think about the challenge of balancing your home budget. Then multiply it exponentially and you get an idea of the financial stress hovering over pastors. The fiscal needs in a church and the community it serves seem endless. And to make matters worse, approximately 3 percent of Christians tithe. Ergo, pastors face monetary pressure, and often are afraid to ask their people to step up financially.

Stupidity not in terms of intellect—but in terms of emotional health. This may sound a bit harsh, but stick with me. Pastors tend to view the warning signs of burnout—an inability to sleep, increased irritability, lack of concentration, a change in their eating patterns, etc.—as mountains to conquer rather than fore-warnings from God that something is out of balance. Many pastors ignore the biblical principle of Sabbath rest. They jam their schedule with event after event. All of the above equals emotional stupidity. And this ignorance is killing pastors.  We’ll talk about how to get smarter emotionally in next week’s blog.

Pastoral ministry is extremely personal. Most ministers jump into the work with energy, optimism, and love for those they lead. When they’re unfairly criticized or when people abandon ship for dumb reasons, it’s difficult not to take it personally. Not arguing for touchiness here. Pastoral ministry requires a somewhat thick skin. But thick skin doesn’t eliminate the personal element. If you’re sensitive, and care about people, unfair criticism stings.

Where does a leader go when he is discouraged, tempted, or angry? Usually not to his colleagues. The pastoral fraternity tends to be competitive and insecure.  A struggling leader typically doesn’t go to his board or congregation, due to appropriate concern it could get him fired. Nor do many ministers feel comfortable seeking out their denominational leaders, which could also get him fired. Consequently, he hides.

So what can a pastor who is ready to toss in the towel do? Does a pathway out of the downward spiral exist? Yes it does. Can a leader construct an approach to life and ministry that doesn’t end in depression, burnout, or a premature exit from his calling? Yes he can. But it won’t happen if he tries to figure it out on his own.

Next week I’ll outline a biblical approach to emotional health that increases the likelihood of a longer, healthier, and more productive leadership run.  In the meantime… pastor if you are struggling, about to call it quits, and don’t know where to turn, Converge Coaching is here for you. Please reach out to me at john@convergecoach.com and let’s start a conversation. 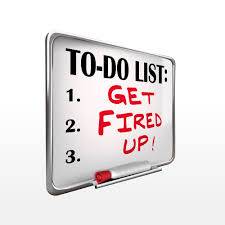 3 DYNAMIC BENEFITS OF BEING OPPORTUNITY-FOCUSED

3 DYNAMIC BENEFITS OF BEING OPPORTUNITY-FOCUSED