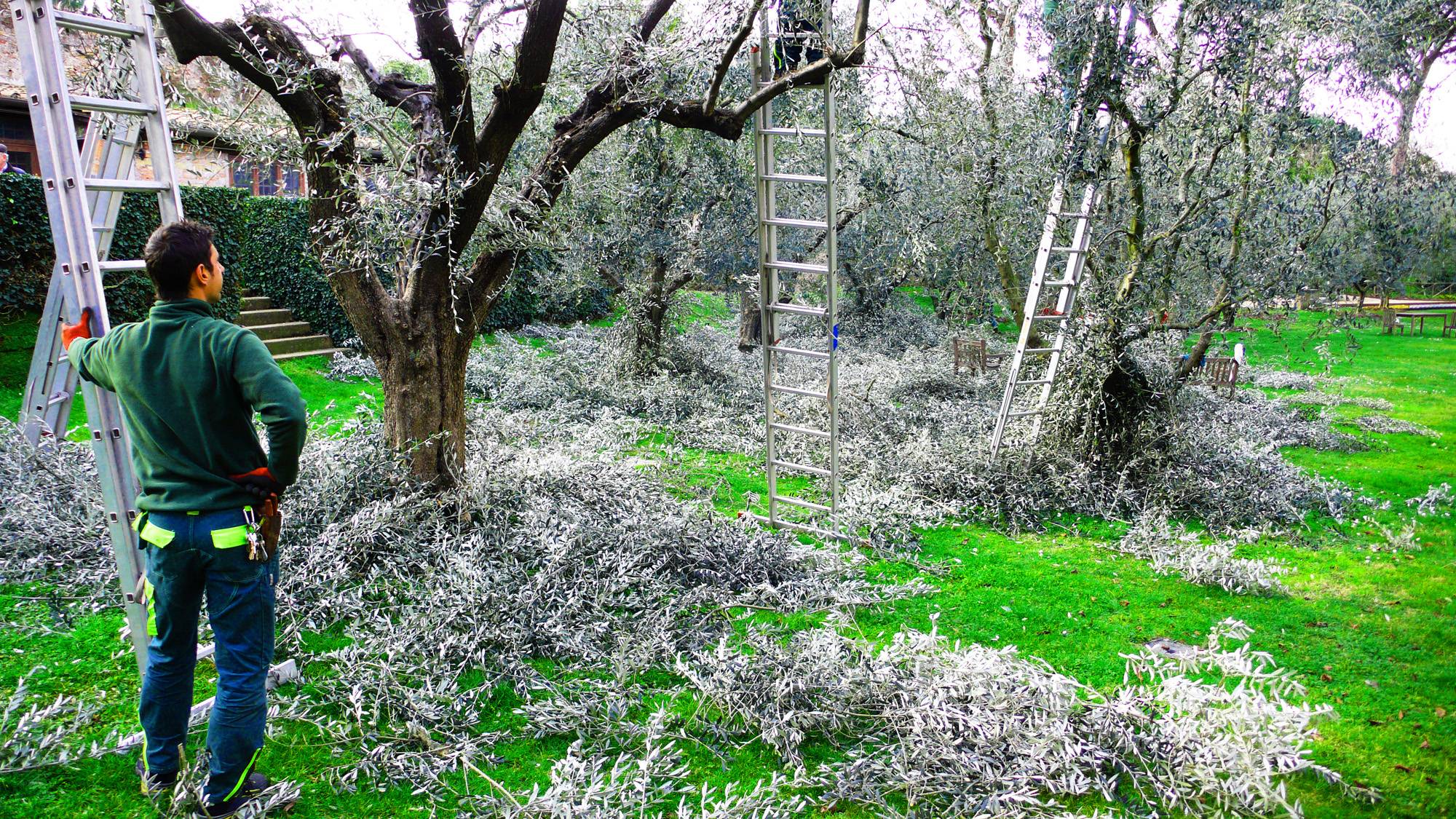 Thousands of years ago, when Israel was being oppressed by the Midianites, God raised up a leader named Gideon to deliver His people from their enemy. When Gideon initially rallied the troops, 32,000 men showed up. But God said: “That’s too many. Tell all those who are afraid to go home.” 22,000 men left. But God wasn’t finished subtracting. Another divine hoop was presented, and 9,700 more men left. So Gideon, who said “yes” to the leadership call on his life, to the challenge to do something great for God, lost a substantial number of the original group who started with him. The good news? With 300 men and God’s help, he routed the Midianites, and set Israel free. Growth by subtraction.

When I was about seven years old, my dad planted an apple tree in our backyard. I can’t remember how many years it took for the tree to produce apples, but I distinctly remember it being loaded with fruit. Every fall, my dad would prune the tree, and the pile of branches on the ground looked bigger than the remaining tree structure. I often thought: “Well dad, this year you killed the tree. No apples next year.” But when September arrived, to my surprise, more apples than the year before would be harvested. Growth by subtraction.

Several weeks ago, I had lunch with a pastor of a church with over a thousand people in weekend services. When he came to the church twelve years prior, it had about two hundred people. Only thirty-three of that original two hundred are still attending the church he pastors. Growth by subtraction.

Jesus taught us He is the Vine, and we are the branches. He gave us a picture of what our relationship with Him looks like. He said: “Every branch that does bear fruit, He (our Heavenly Father) prunes so that it will be even more fruitful.” If it were me, I’d leave well enough alone. But apparently God the Father occasionally prunes some stuff away that is currently bearing fruit—not for jollies—but because He sees what we do not. He sees potential for more growth, so He lops off some things we don’t expect Him to. In order to grow, sometimes even some good things need to go. Growth by subtraction.

Here’s what I’ve observed as a mentor and consultant: when a leader sets a fresh direction for the organization he leads, when a new strategy is about to be implemented, when he enlarges the building to accommodate growth, it’s almost always accompanied by a certain percentage of people leaving. It throws some of these leaders into a bit of a panic: “Wait a minute! How can anyone not be excited about the clear direction we’re heading toward? How can they deny the energy and momentum we’re experiencing? Why don’t they see what I see?” From the human perspective, it often doesn’t make sense. But from the divine vantage point, it makes perfect sense. Growth by subtraction.

Why does it seem like God at times won’t leave well enough alone? Why does He keep purposefully pruning? Multiple reasons exist . . . let me give you just three of them:

The sworn enemy of future success is today’s success, in terms of systems and mindsets, packaging and methods. For a business to move forward, pruning almost always has to happen. For a church to get to the next level, pruning is almost always inevitable. Sometimes pruning takes the form of ending longstanding programs or events. Sometimes pruning manifests by people leaving. I don’t pretend to understand all the intricacies of God’s divine trimming process, but sometimes, for example, people can’t or won’t get on board with the vision and/or strategy of their current church. They need to find a church where they can. Otherwise they stunt their own growth, as well as inhibit the church’s progress. My newest book, Putting the Good in Goodbye: A Healthy Conversation About the Comings & Goings of Church People addresses in detail the increasing mobility of God’s people and how pastors can better process the departures of members. You can pick up a copy here

A common mistake some ambitious leaders make is taking on too many initiatives. Their calendar is crammed with event after event. They try to do ten things well, and end up doing all ten in mediocre fashion. Much better to be great at two or three things than be middle-of-the-pack in ten. Growth by subtraction.

God keeps purposefully pruning because He knows we can’t be all things to all people. I’ve observed churches trimming away events that experienced great turnouts year after year, but weren’t contributing significantly to the overall mission. These events were resource hogs in terms of time, people, and dollars. The events had a measure of success just because of the sheer number of folks who attended them—but they weren’t moving the ball down the field for those churches. So out the events went. Pruning can be painful, but it keeps us focused.

It reminds us God is in charge. He is the Master Gardener. The organization we lead belongs to Him, not us. He brings the growth. When subtraction happens, it often puzzles and pains us . . . but our Heavenly Father knows exactly what He’s doing. When good outcomes happen, pruning reminds us who the credit really belongs to: Him.

If you’re a leader charting a fresh and exciting course for the organization you lead, and have spent months planning, praying, and strategizing with your team about it, and have even begun casting that vision to your people—only to see some of them leave—take heart. Resist the urge to panic. Remember, pruning often precedes progress. For sure, take time to grieve the loss of people you care about—but then get back to the mission. Stay the course, keep your chin up, and plow forward. Chances are high you’ll experience growth. But growth often starts with subtraction. 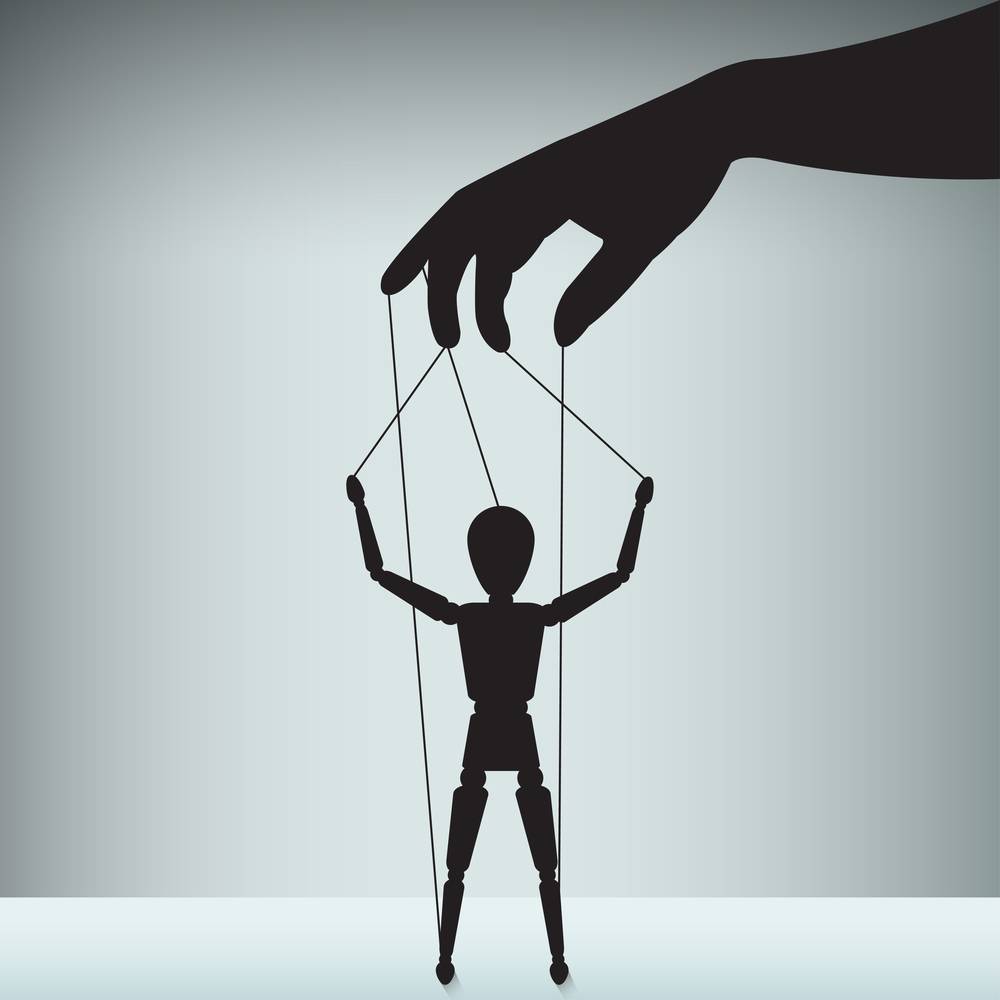 THE PERIL OF PEOPLE-PLEASING

THE PERIL OF PEOPLE-PLEASING